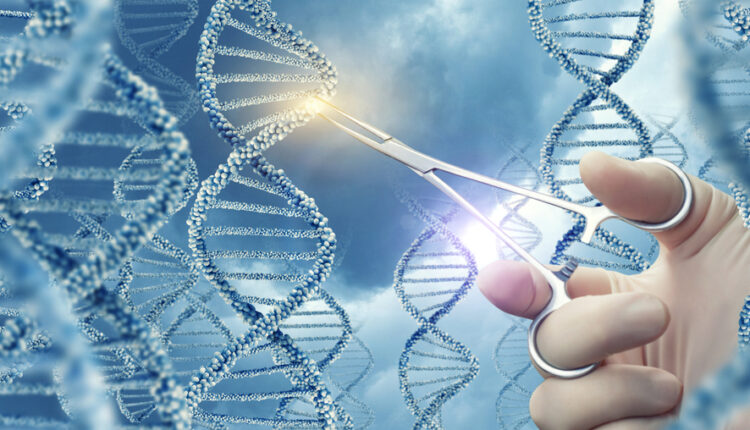 Before the era of the discovery of DNA and the development of genetic engineering in the mid-20th century, people with rare diseases had few options, if any, for treatment. But with the advent of CRISP gene editing, researchers, scientists and clinicians are discovering new ways to treat people, by correcting mutations in their genetic code.

What Is CRISPR Gene Editing?

Instead of treating the symptoms of a disease, such as by using prescription drugs, surgery, radiation or chemical therapy, doctors aim to eliminate the disease, by editing a patient’s genes.

CRISPR technology is designed to let researchers edit gene sequences inside the cells of a living human. The name CRISPR comes from the term “Clustered Regularly Interspaced Short Palindromic Repeats,” a technology scientists developed in 2012.

A man in his 60s named Paddy Doherty learned that when his father died from a heart attack, the problem was a rare disorder known as transthyretin (ATTR) amyloidosis, which is caused when a misfolded protein interferes with the heart’s normal function, as reported by the Washington Post.

In 2021, Doherty started to experience similar symptoms with breathing problems that his father had. He once had enjoyed hiking and was in good shape, but at age 65, Doherty began feeling out of breath during walks. He visited his doctor, and then a test verified that he had inherited transthyretin (ATTR) amyloidosis from his dad.

Luckily, a new treatment had just become available, in the form of early clinical trials, based on CRISPR technology. And after Doherty left the treatment facility, two days after the trial, he reported no more side effects. He was once again able to go on long hikes without growing short of breath.

Rich Horgan, who founded and serves as president of the Boston-based nonprofit organization Cure Rare Disease, told the Washington Post, “Broadly, there are more than 7,000 rare diseases impacting over 30 million Americans. Ten or 15 years ago, the technologies to effect change [in terms of treatment] were just not available.” He explained that now, CRISPR has demonstrated the promise of gene editing to improve people’s lives.

Sickle cell disease is an example of a rare disease that scientists have been stymied in finding a cure for that now is being to be tested in clinical trials with CRISPR gene editing.

Vertex Pharmaceuticals, in tandem with CRISPR Therapeutics, have recently concluded a report from new data in their clinical trials against sickle cell disease as well as beta-thalassemia. Sickle cell disease primarily strikes African Americans. It occurs when a person has a genetic disorder that makes red blood cells take on a sickle shape instead of the normal flexible disk shape, as noted by the Washington Post.

And another disease of the blood, beta-thalassemia requires patients to get periodic blood transfusions because their disorder has caused their body to produce less hemoglobin than normal.

The two companies removed blood stem cells from test patients’ bone marrow. Then they used CRISPR to activate a gene that will make the cells generate useful hemoglobin. After infusing these cells back into the patients, the scientists reported some success, with patients no longer needing blood transfusions for beta-thalassemia and no longer suffering painful episodes from sickle cell anemia.

The research efforts being conducted in lab experiments and clinical trials can give hope to patients and their loved ones who are in search of a therapy for their uncommon diseases.

Keep in mind that scientists are still just in the early stages of using CRISPR gene editing and they are continuing to refine and improve the technique. We can anticipate them finding more cures for rare diseases, going forward. Along the way, you can also expect that there will be discussions about the ethics of editing DNA and what this kind of power over our genes will mean for the further development of humanity.

How Botox May Be the Treatment You Need

Finding Employment In A Post-Pandemic World

How Botox May Be the Treatment You Need